The structures in the automotive industry
8. February 2022 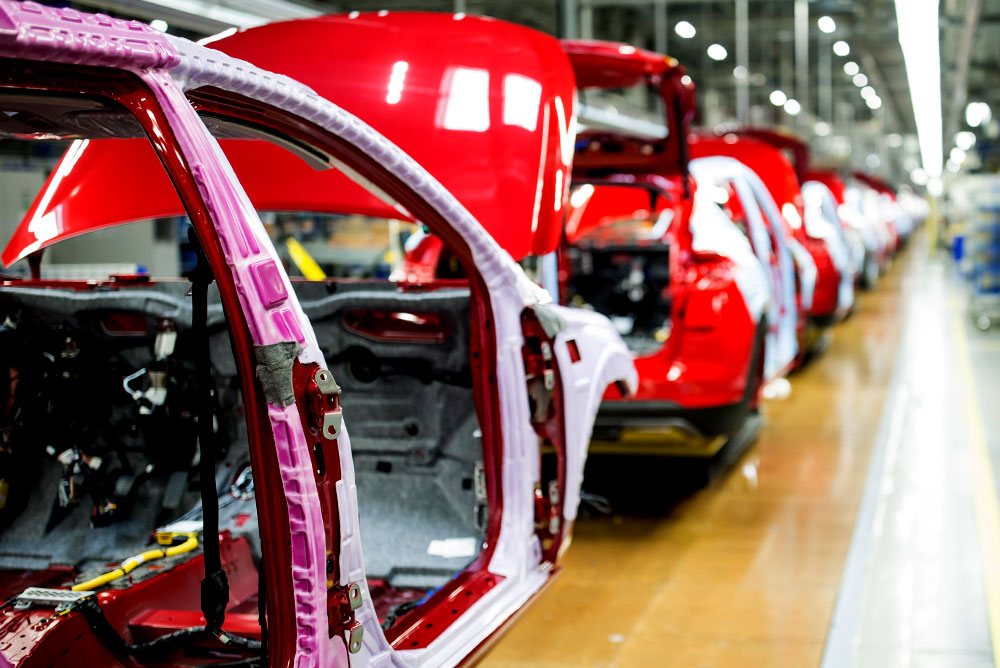 Electromobility has been considered the big trend for car production since 2020 at the latest. Although the pandemic generally caused a slump in sales figures, the subsidies granted by governments in Europe caused the proportion of registered electric vehicles to grow significantly. This growth significantly exceeded the figures from China and the USA. In the EU, the share of newly registered electric vehicles far exceeded the 10% mark, while China lagged far behind at just over 6% and the USA at around 2%.

However, absolute figures showed how strongly the pandemic affected the appetite for new automotive purchases. For 2021, the figures in Europe fell by around a quarter, while the USA and China hardly suffered any losses. German carmakers are now increasingly having to invest in production relocations. The huge growth in the car market of around 40% since 2005 is mainly attributable to China, while Europe and the USA, which are largely saturated, contributed less than 5% to growth. Rapidly increasing sales in Asia, but especially China, have also led to a strong development of technology competence. Some augurs already fear that VW, for example, is lagging behind in some areas of electromobility.

The fact that for some years now more German cars have been built in China than in Germany itself does not change this. However, the profit margins achieved by German automakers are largely limited to premium-class vehicles, where Germany is by far the global market leader. For their part, these premium models are mainly produced domestically. In 2022, there will be further processes of change to observe, which are currently being intensively discussed or prepared.